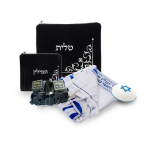 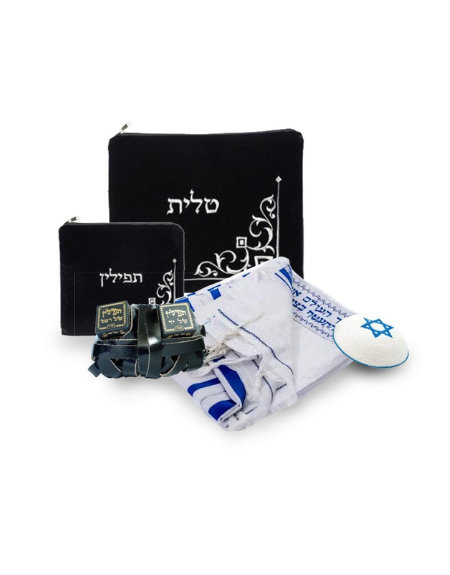 Is your child about to have a bar mitzvah? Mazal Tov! Mark this unique moment with a gift that will follow him throughout this essential step. 13 years old, an important age! To celebrate this birthday in the most beautiful way and to mark your boy’s entry into the fulfillment of the mitzvot, give him this complete set. A set made in Israel that contains:

How to celebrate a bar mitzvah

Bar Mitzvah means “son of the commandment”. Jewish tradition says that when girls turn 12 and boys turn 13, they take on new responsibilities in the community.

It is at this time that boys are expected to begin putting on tefilin and performing daily prayers. Although young boys are trained to keep all mitzvahs even before their bar mitzvah, tefilin is the exception. A boy does not put on tefilin until he is thirteen years old. For this reason, more than any other practice, tefilin has always served as a mark of honor that a boy receives at his bar mitzvah. Traditionally, the purchase of tefilin for a bar mitzvah boy is viewed with special pride by his parents and grandparents.

Traditionally, a boy is honored with an aliya on the first “Torah reading day” after his thirteenth birthday. Some wait until the first Shabbat after the bar mitzvah.

Jewish adulthood carries many responsibilities, but it is also an enormous privilege. One would be hard pressed to think of a more joyous occasion to celebrate than a bar mitzvah. In fact, according to some opinions, hosting a feast in honor of a bar mitzvah is a mitzvah in itself!

Most bar mitzvah celebrations take place right after the synagogue ceremony and include a festive meal followed by music (if it is not Shabbat) and dancing. 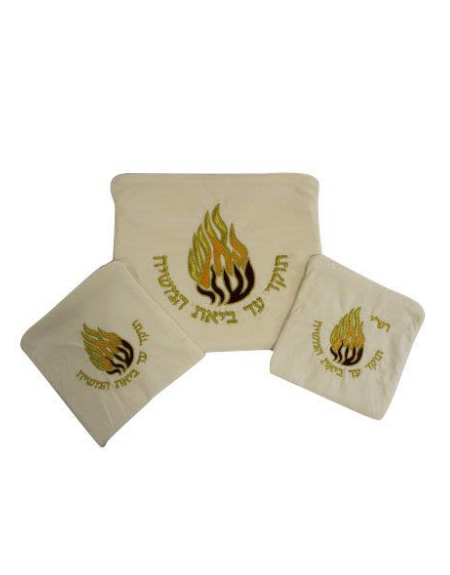 “האש שלי” is one of Rabbi Nahman’s promises: “My fire will burn until the coming of Mashiach”!

Find it embroidered on this set of 2 pouches for Talith and Tefilines in white velvet . A set dedicated to all Breslev who wish to keep close to them the words of the Tsadik.  A very practical Judaica accessory to go to the synagogue, to store his kippa and his siddur. Ideal for a Bar Mitzva gift, for a wedding or to keep a souvenir of Uman.

*The pouches do not contain Talit and tefilin which must be purchased separately. 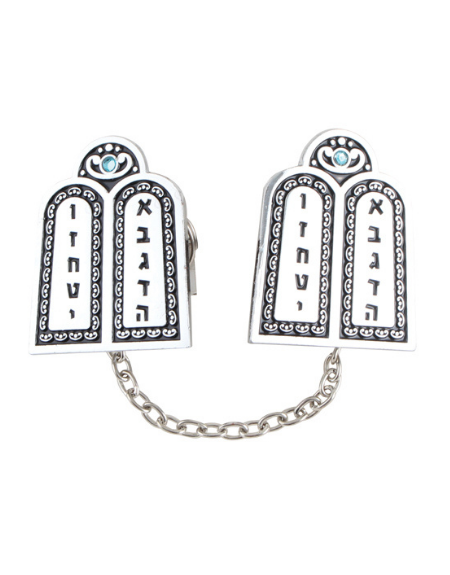 How do you keep your prayer shawl in place throughout the synagogue service? To prevent your talith from falling or slipping, here is the Judaica accessory you need. A clip that will also be very practical to differentiate your talith and avoid confusing it with that of other people present in the mynian. This accessory consists of two clamps connected by a chain to hold the talith. A Judaica accessory delicately engraved with the Tables of the Law (10 Commandments). The perfect bar mitzvah or wedding gift. Practical for all Jewish men who are used to praying in synagogue. 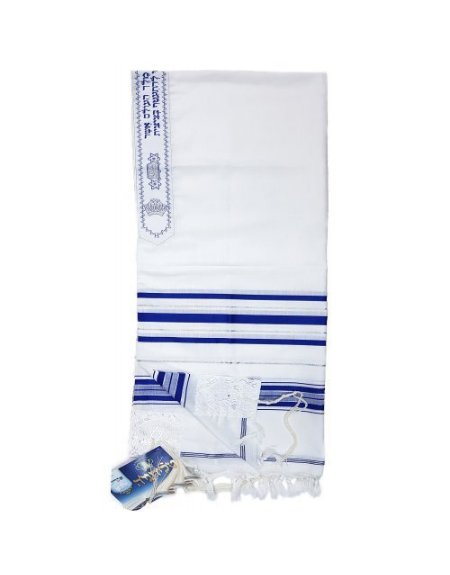 An essential accessory for Jewish men: a certified kosher prayer shawl for all synagogue services and Jewish holidays. A fine design with blue stripes and embroidered Hebrew inscriptions to remind the blessing to be made before wearing the talit. Suitable for Sephardic and Ashkenazi communities. 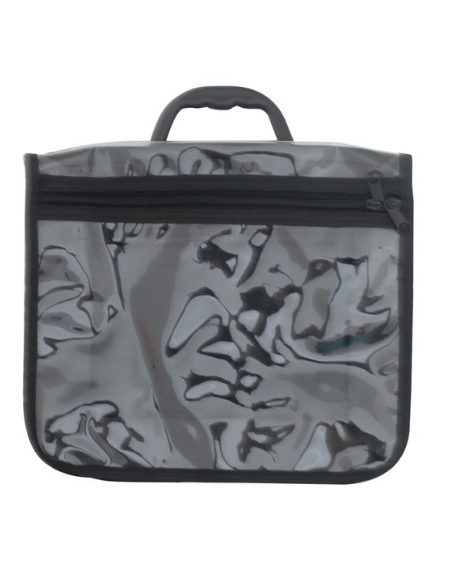 Carry your prayer shawl and sidur with ease with this Tefilin and Talith bag. An accessory that will accompany you every morning to go to synagogue but also on Shabbat and Jewish holidays.

A model in the form of a satchel, with a shoulder strap and a transparent pocket to better visualize its contents.

An ideal gift for a wedding, a bar mitzvah or an engagement.