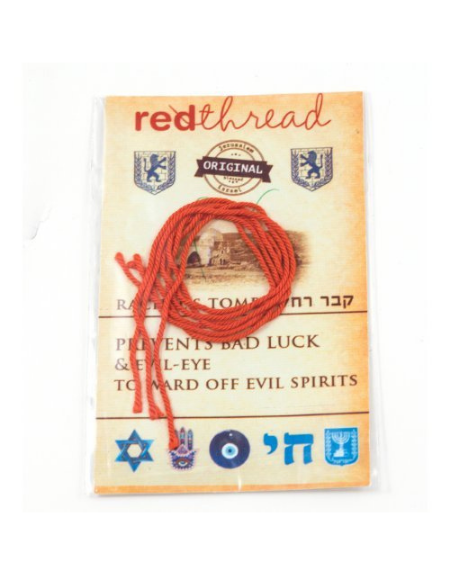 The essential Judaica accessory to protect yourself from the evil eye and counter negative energies. A red bracelet to be fixed on your left wrist with 7 knots (according to the Kabbalah) to ensure protection and mazal. Much more than a simple bracelet, a red thread coming directly from Rachel’s Tomb located in Beit Lehem, near Jerusalem. Suitable for women, men and children.

An ideal souvenir gift from Israel.

An accessory made in Israel against the evil eye (Ayin Hara)

This bracelet inspired by the Kabbalah and Jewish tradition is intended for all those who wish to protect themselves from negative energies and the evil eye.

Wearing a red one on the wrist is the most powerful amulet that protects its owner from the evil eye and the negative influence of others.

According to the Jewish tradition, wearing the red thread on the left hand can protect a person from evil, give him confidence and spiritual strength.

According to Kabbalah teachings, a person receives energy directly through the left arm and shoulder. The red thread of Jerusalem, tied according to certain rules, blocks the passage of the negative, thus preventing any unwanted evil influence.

The red thread of the evil eye is tied with 7 knots. Each knot has its own meaning, and symbolizes one of the seven vortices of energy with which the universe was created. It is a kind of energy map for the red thread.

Buy your Jerusalem red thread on the LevJudaica website and distribute it to all your family and friends to offer them protection against the evil eye. A must-have souvenir from Jerusalem. 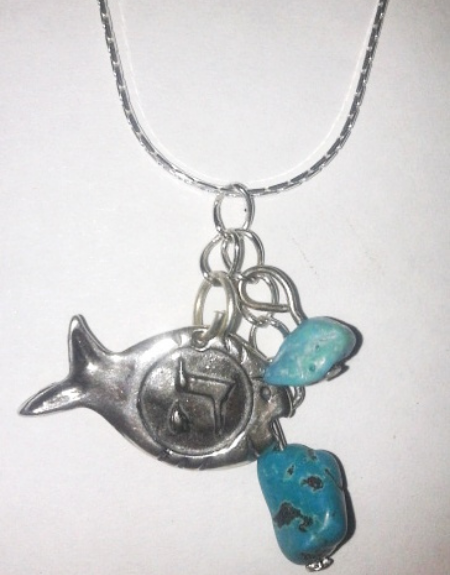 An ideal gift for pregnant women who are about to give birth. A Kabbalah-inspired pendant to be worn from the 9th month of pregnancy until delivery. A mix of pure silver and turquoise that symbolize fertility, tranquility and the hand of the Lord. 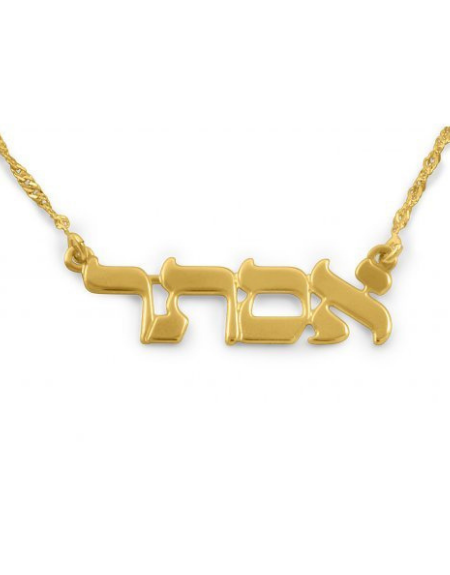 Need an original gift idea? Your pockets will love this personalized necklace! A pendant with a first name in Hebrew. You just have to choose the letters with which you want to compose the jewel and it’s done! An original creation, made to measure. An 18k jewel which will be of the most beautiful effect.

Count 15 to 21 days for the realization on measure of this unique jewel. 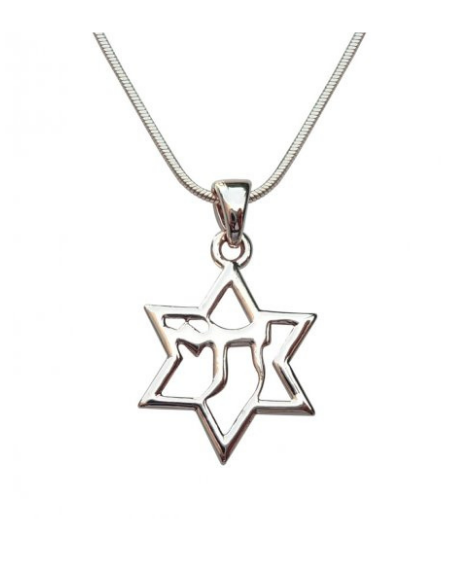 Here is a Jewish jewel that suits women as well as men! A pendant made in Israel that represents 2 symbols of the Jewish religion: the Magen David (Star of David) and the Haï (2 Hebrew letters Youd and Het ) which means life. An original and delicate idea for a bar mitzva, bat mitzva or any other Jewish religious ceremony. A way to keep a part of your Jewish heritage close to you. 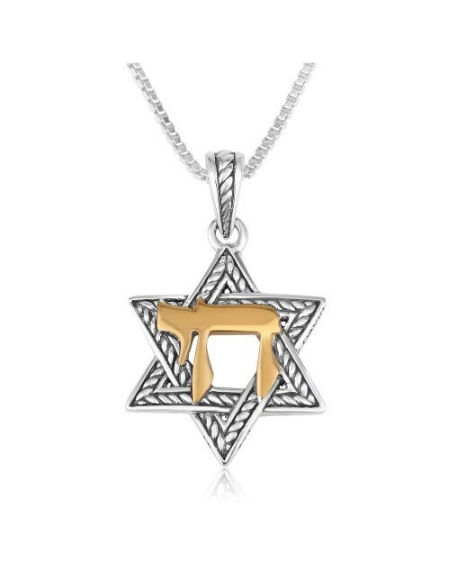 Here is a Jewish pendant that suits both women and men! A necklace made in Israel that represents 2 symbols of the Jewish culture: a Magen David (Star of David) and the Haï (2 Hebrew letters Youd and Het ) which in Hebrew means life. An original and delicate idea for a bar mitzva, bat mitzva or any other Jewish religious ceremony. A way to keep a part of your Jewish heritage close to you and proudly display it.