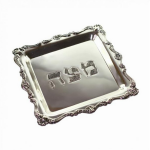 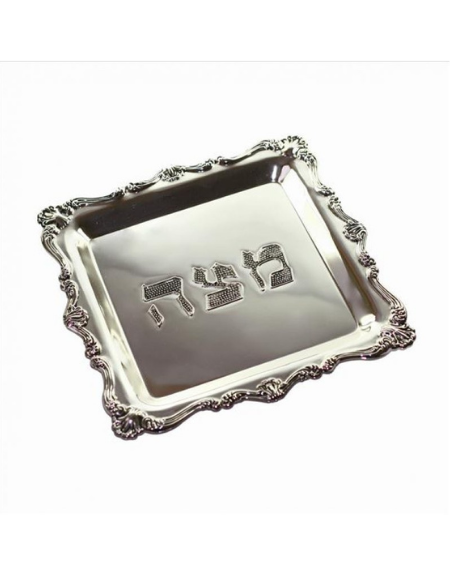 This year, celebrate the Pesach Seder with this refined Judaica accessory. A silver dish that will brighten up your holiday table and on which you can place your matzah. A beautiful way to celebrate this Jewish holiday and to read the Haggadah dedicated to the exit of the Hebrew people from Egypt.

Why is Pesach so important to the Jewish people?

Passover, or Pesach in Hebrew, is a holiday in the Jewish religion that commemorates the liberation of the Hebrews from slavery in Egypt.

This religious holiday marks the first and most important event in Jewish history. Passover begins with the 15th and ends with the 21st day of the month of Nisan (March or April). During these seven (or eight) days, all leavening, whether in bread or other mixture, is forbidden, and only unleavened bread, called matzah, may be eaten. The matzah symbolizes both the suffering of the Hebrews during their slavery and the haste with which they left Egypt during the exodus. Passover is also sometimes called the Festival of Unleavened Bread.

As the centerpiece of the Passover Seder, the matzah deserves to be presented in the most beautiful way. 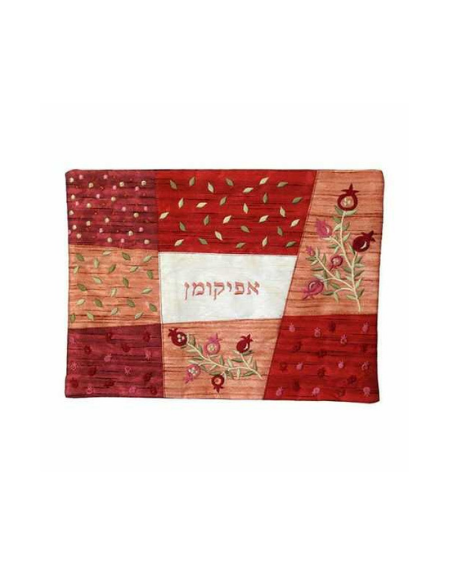 An essential accessory on the Pesach Seder table: a pouch for the Afikoman. A creation of the Israeli artist Yair Emanuel. A model made of patchwork and embroidery with motifs of leaves and pomegranates. Ideal to hide the piece of matzah that we eat at the end of the Pesach Haggadah. 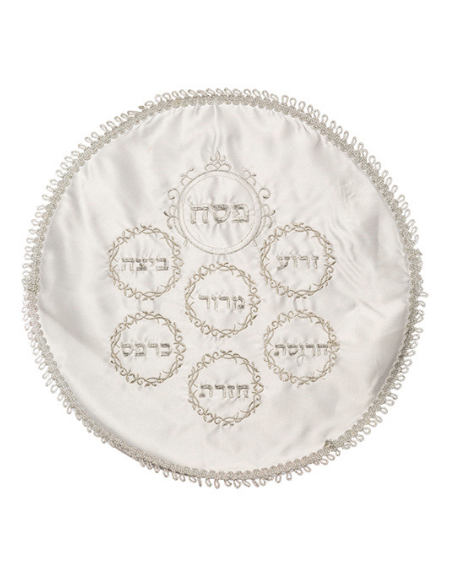 For an elegant Pesach table, consider this embroidered matzot cover. A delicate piece of work, made in Israel, ideal for adding a festive touch to the Pesach Haggadah. This mapa contains the embroidered names of all the ingredients of the Pesach Seder 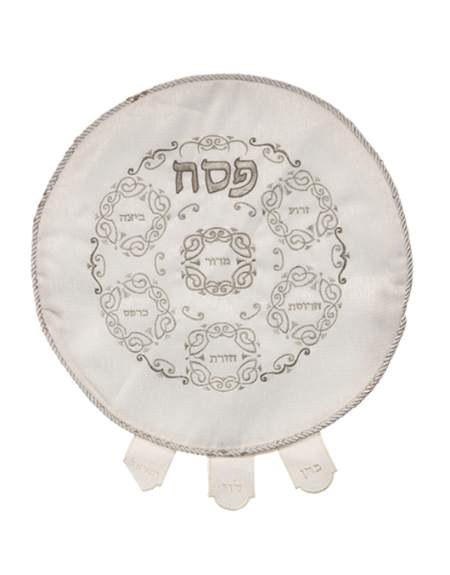 Don’t pass the next Pesach Seder without adorning your festive table with this delicate mappa for Matzot. A Judaica accessory made by an Israeli artist, to make the reading of the Haggadah a time of joy and sharing with the family. This matzah cover consists of a set of embroidery with the central inscription representing the 4 wine cups of the Seder.  Then all around ישראל, כהן, לוי (Levy, Israel and Cohen). This corresponds to the 3 matzot that must be placed in the center of the table when reading the Pesach Haggadah. 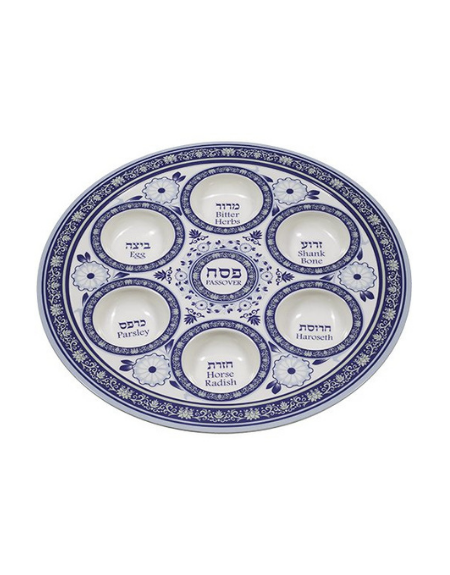 Don’t miss this essential element of the holiday: the Passover Seder plate . A model made by an Israeli artist that will proudly stand in the center of the table. The perfect accessory to display all the ingredients mentioned in the Haggadah. 6 compartments with Hebrew (and English) inscriptions: maror, zroah, harosset, hazeret, carpass, betza. As practical as it is aesthetic!